25 of april is anzac day, the highest public holiday in new zealand. 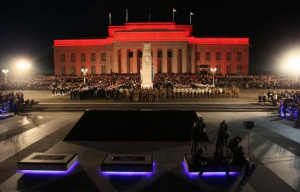 this day is also known as poppy day, in remembrance of the poppy fields on the gallipoli peninsula, where 2721 new zealanders died in the line of duty alongside their allies and as part of the british empire in 1915. anzac is the acronym for “australian and new zealand army corps. this day is being celebrated since 1916. it is celebrated with church services at dawn across the country and people wear a poppy somewhere on their clothing as a sign of remembrance. it is one of the few days when most of the shops are closed.

for heaps of details go to anzac day, it’s worth reading.