i know i have been lazy, even though there was enough to be proud of in the meantime, tennis-wise!

so i will give you a quick catch-up with what has happened over the past 30 months or so. the boys have continued with the squads as well as individuals with our coaches sheridan and charlie. elias won the Albany Toyota Autumn Tournament in april 2013. 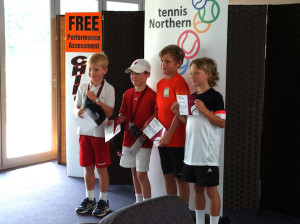 thomas played for westlake boys in his first highschool year, elias had a second year at AIMS (years 7 & 8 only) in Tauranga, again a great experience to be able to compete at such a big event. elias received a “sports award” from northcross intermediate school.

elias joined the interclub premier boys team of campbells bay club – just around the corner from where we live and beautifully situated in centennial park, “a court with a seaview”! he won club champs and had an extremely successful interclub season, bringing him up to rank 8 in his agegroup and region.

in early 2015  – unfortunately – thomas decided to drop his tennis altogether. but, good news, he is back on the court since we came back from our europe trip! good on him for that wise decision! he has a wicked backhand, but he’s got to work on that forehand grip though! 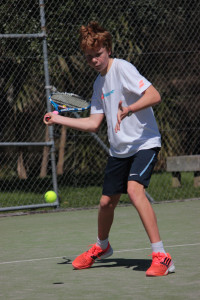 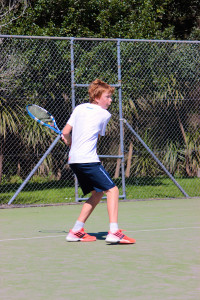 thomas won Fast Four Competition at Campbells Bay last Sunday and will be playing Interclub for Campbells Bay Under 18 A Team from next term on. 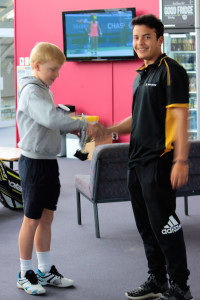 once i will get better at Final Cut Pro, you will see a tennis video in our galleries, making an interesting movie is not that easy though. maybe i ask my “editing assistant” elias to do it, he is way more proficient in that.