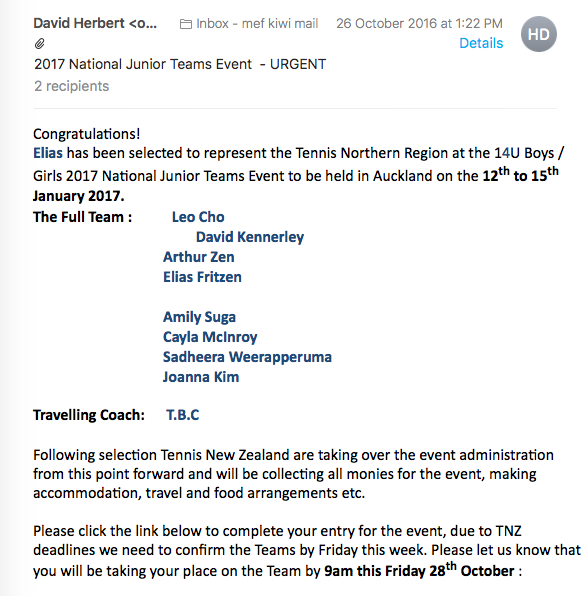 Congratulations, Elias! Great achievement after all the years of training, practicing and collecting top dog points in tournaments. at this stage Elias is sitting on rank 10 in his agegroup and region.

National Teams Event is a nationwide tournament, where each of the  6 regions  is represented by a team of four players. Elias has been selected to be part of the team representing our region Tennis Northern. In the Interclub season (the equivalent to german Medenspiele) he has joined a men’s team in Auckland and has won all his singles matches so far. Tennis is certainly in his genes and I am sure his great granddad would be very proud of him!

good timing too: teams event ends one day before we go to pauanui for the summer holidays!

I put a few photos together, unfortunately not very recent ones. But an album “On & Off the Court” with new photos and video is in progress. You will find it on the photos page soon.

For those of you who would like to read more about tennis in this part of the world, go to tennis.kiwi