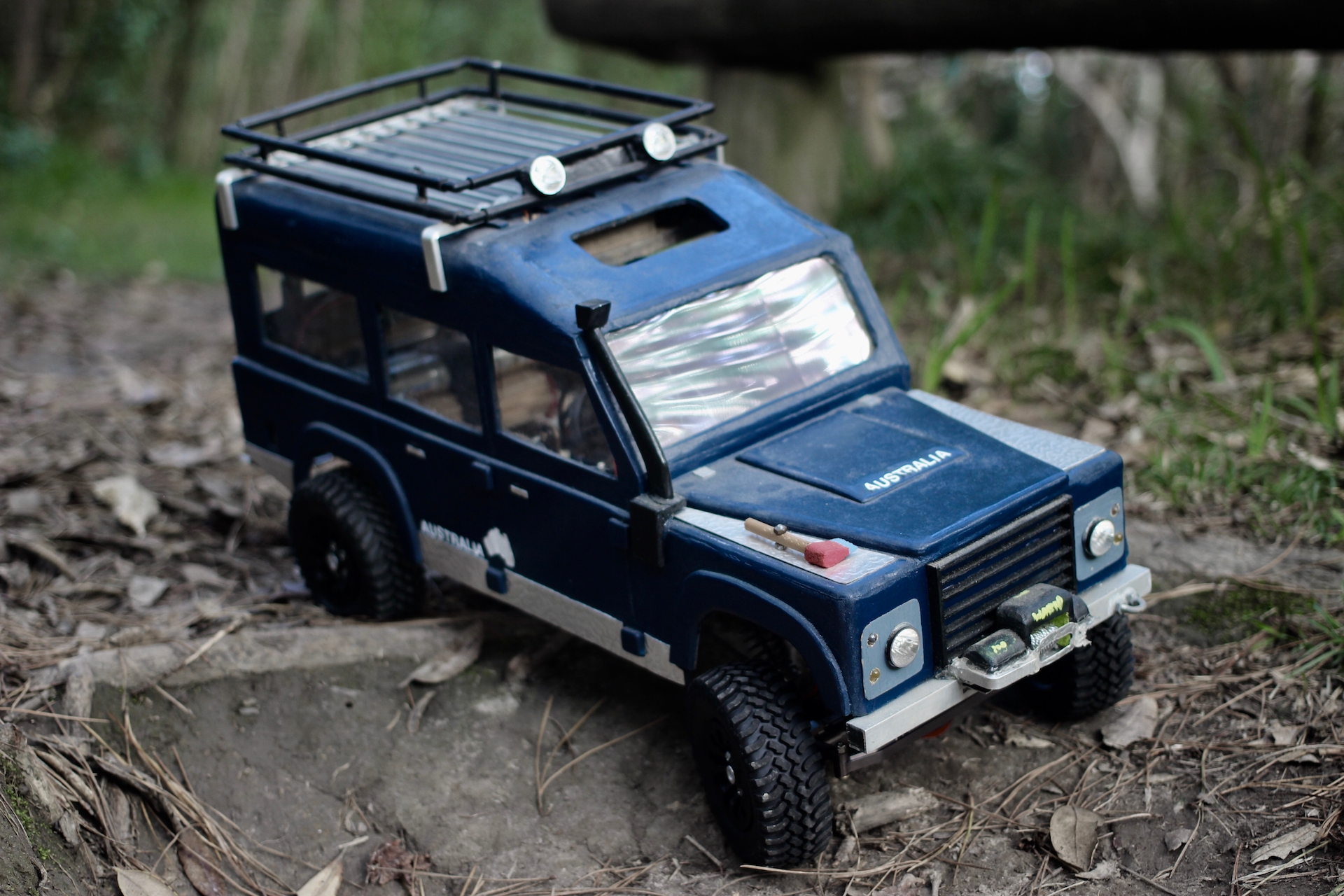 Finally the 1:10 Defender had its first outing in Centennial Park. Back in 2013 Elias had built the outer shell with much attention to detail from scratch as a christmas present for his brother. Thomas’ task was then to mobilize it. Now, 5 years on, after overcoming hundreds of stumbling stones, set backs, material trials and incredible perseverance, it is now moving! As a true off-roader, he had his first outing in the rough terrain of Centennial Park. Have a look at the very short video clips that Elias has put together this is just a working edition, not a complete video, as you will easily notice. But watch this space – there is more to come!