the new zealand flag is the symbol of the realm, government and people of new zealand. Its royal blue background represents the blue sea and clear sky surrounding us. the stars of the southern cross emphasise this country’s location in the south pacific ocean. the union jack in the first quarter recognises new zealand’s historical origins as a british colony and dominion. recent suggestions to change the design of the national flag into the silver fern or a black fern have been refuted by the majority of the public. luckily enough some people did not want to reduce the image of the whole country to the national rugby obsession!

new zealand is the only country in the world that has two official national anthems: god defend new zealand and god save the queen. the first one is the one ‘in use’ and always sung in both languages maori and english.

strictly speaking new zealand consists of uncountable islands: the north and the south island, stewart island, waiheke, rangitoto, great barrier island to name only a few and larger ones. even the cook islands, niue and tokelau belong to the “realm of new zealand”, which means that the queen is the head of state. ross dependency in antarctica is constitutionally part of new zealand, however, the united states who run macmurdo station, have a different of point of view on that! the two main islands, north and south, are separated by the 24km wide cook strait, which can be crossed by ferry, an impressive ride through another hundreds of small and mostly uninhabited islands. the capital wellington lies at the southern tip of the north island hosting around 700,000 inhabitants. auckland, the biggest city and definitely the powerhouse of the country is situated in the upper third of the north island. as of now 1.2 million people live in auckland. population is growing fast, due to increasing numbers of migrants (!), with especially potent chinese investors putting even more pressure on the housing market. according to mercer survey 2012 auckland came 3rd in the list of the most liveable cities in the world.

main public concern at the moment – well, that moment is lasting at least since we moved here – are auckland’s rocketing property prices. the 1/4 acre dream that is deeply engrained in every (human) kiwi’s blood and brain might eventually wake up to the harsh reality of renting, at least in greater auckland. linked hereto is the growing traffic congestion in and around auckland, certainly a daily nuissance for those on the northshore unable to escape the harbour bridge bottleneck.

almost with the same importance the faring of the rugby team is monitored – set well apart from the sport section in the papers. not going into further detail here …

but by far the most popular means of payment is the eftpos card, the nz equivalent to the european ec card. every little corner shop has it, and it even works on wifi. if you pay with an nz credit card, no further charges occur.

due to it’s long shape, new zealand runs through a few different climate zones, from the winterless north to the skifields in the southern alps. the west coast is mostly rugged and windswept, whereas the most tranquil and beautiful beaches are situated along the east coast. A click on the climate image will take to some more information about this topic. 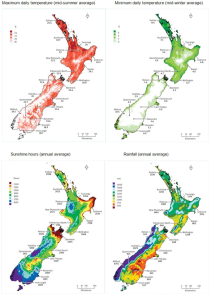 the population of new zealands at the moment (april 2018) stands at 4.749 million, equalling a marginal 0.06% of the world! around a third of it (ca 1.5 million) live in greater auckland. every year the population of new zealand is growing by around 70,000 people. that is a lot ! 700 more cars are registered every week in auckland. and you can definitely see it out there on the road, every day. More interesting information on this hottest topic here.