all the boys know – four days before we actually leave – is that we would not be at home for seven days and that they would at some stage be begging to be allowed to go to bed early. that evening our project earns the name “mum’s survival camp”! two days before we leave another bite of information: get up at 4am. on the day we leave the house and take the car. over the bridge, the signs on the motorway are giving it away: we’re heading to the airport! at the airport i tell them the flight number to check out the gate and so it was out! sydney, g’dday, australia here we come.

on the plane i give them a little booklet i had made about what’s going to happen on that trip. it is a breathless 4 day action packed program in sydney, and another four days in port douglas to relax and recover on the beach, including a whole day on a snorkelling platform to explore the great barrier reef! seven incredible days. everything meticolously, seamlessly planned in advance. missing the obvious when planning that trip is that we would be so lucky as to witness the 100 years fleet review, which had not only lots of tallships and navy ships on display for us in darling harbour, but an absolutely spectacular, amazing firework! all that for absolutely free, how cool is that!

after a short three hours flight we step off the plane, 24 degrees celsius, overcast, book the shuttle to our hostel and have to wait for about 30 minutes. elias takes out his ipad to read. 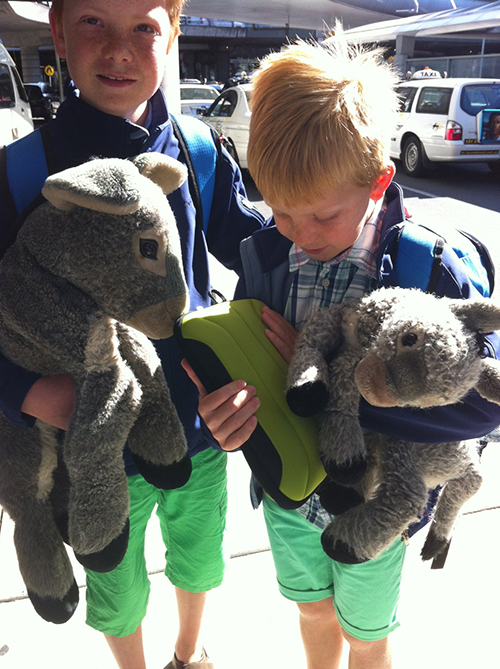 how could you ever forget these travellers?

the shuttle comes, a van, completely overstuffed with people and luggage. thomas squeezed in between the window and a hopelessly overized us american business man. of course we are the last people to be dropped off. some sort of a free city sightseeing. it is still early in the day. finally we arrive at our hostel in kings cross, basic, clean and a view over the harbour. we pop across the road to get some food for breakfast for the next couple of days. by the time we get back it’s lunchtime, have a bite, a shower pouring down, everybody has a little to recover for evening commitments. elias wants to read instead, turns all white as a sheet, very quietly asking: mum, have you seen my ipad??? hell, of course, not! bag check, under the bed, in the bathroom, nowhere, nothing, gone!

mum rushes down to reception, calls the shuttle service, they couldn’ t even know track down the driver. very bad luck, everybody extremely sad, as it is not only the ipad itself – a much loved christmas present -, that is a big loss, but quite a few very personal things on it that had not been backed up for a while. for the following week we keep bothering the shuttle service over the phone at least twice a day to no avail whatsoever. how sad is that! “find my ipad” does not really work since the ipad had run out of battery, but remotely we put on a lock and a message where to return it to in case somebody would find it and power it on. on day five, according to our travel plans, we would be going to cairns to recover from that action packed time in sydney. arriving – this time at the domestic airport – far too early, we thought we might just as well ask the shuttle service again. 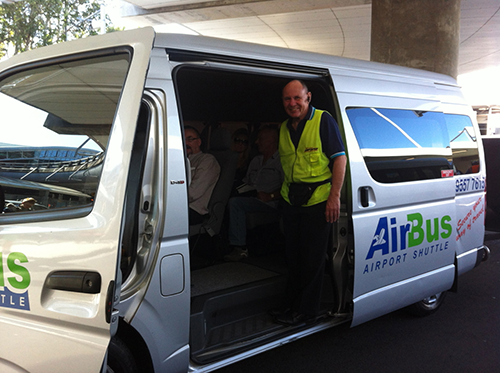 he made our day!

somebody pointed us to their usual parking space at domestic airport, and – would you believe it – after one week on a different airport – the first thing we see is our driver and his van with the black trailer!!! we run head over heels, and of course he recognizes us immedtialy – massive “eselmama” and her slightly smaller son “eseli” were travelling with us all the time! how would he ever forget us! we tell him what has happened, that the ipad must have slipped through that gap between the seat and the outside wall of the car, he opens the boot and – you already guessed it, we could not believe it – a green ipad is still hiding there after one week! and off we go – three happy people to snorkel on the great barrier reef!

here you can flip through our incredible schedule, hover to the right edge of the page and you can turn over page by page like with a real book. clicking on each page will enlarge the image for better reading. enjoy! 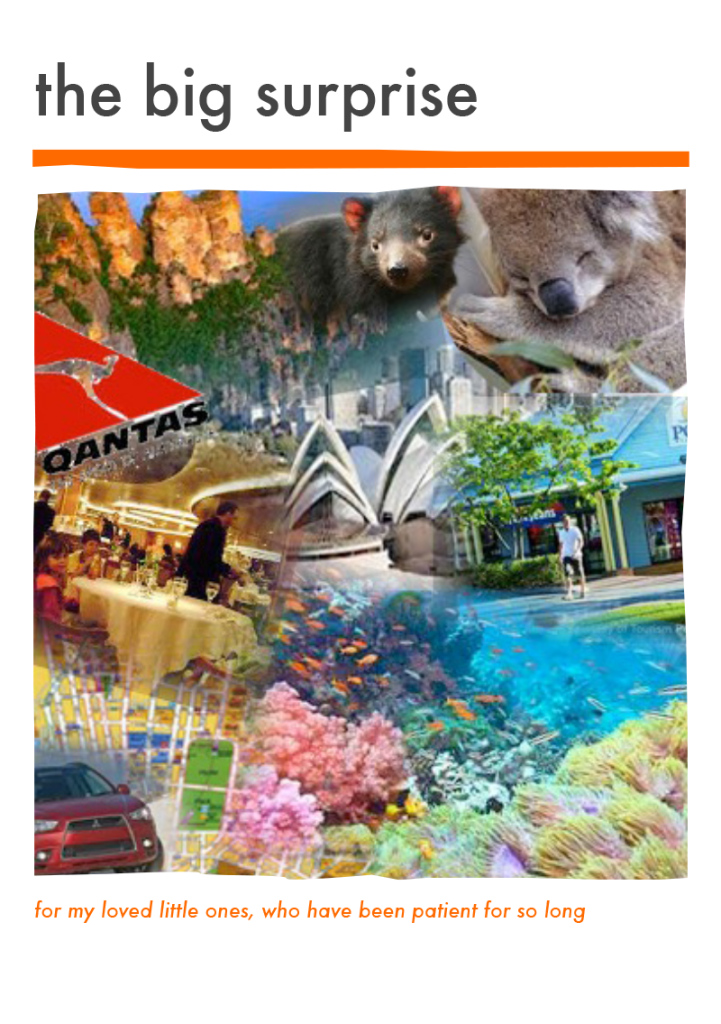 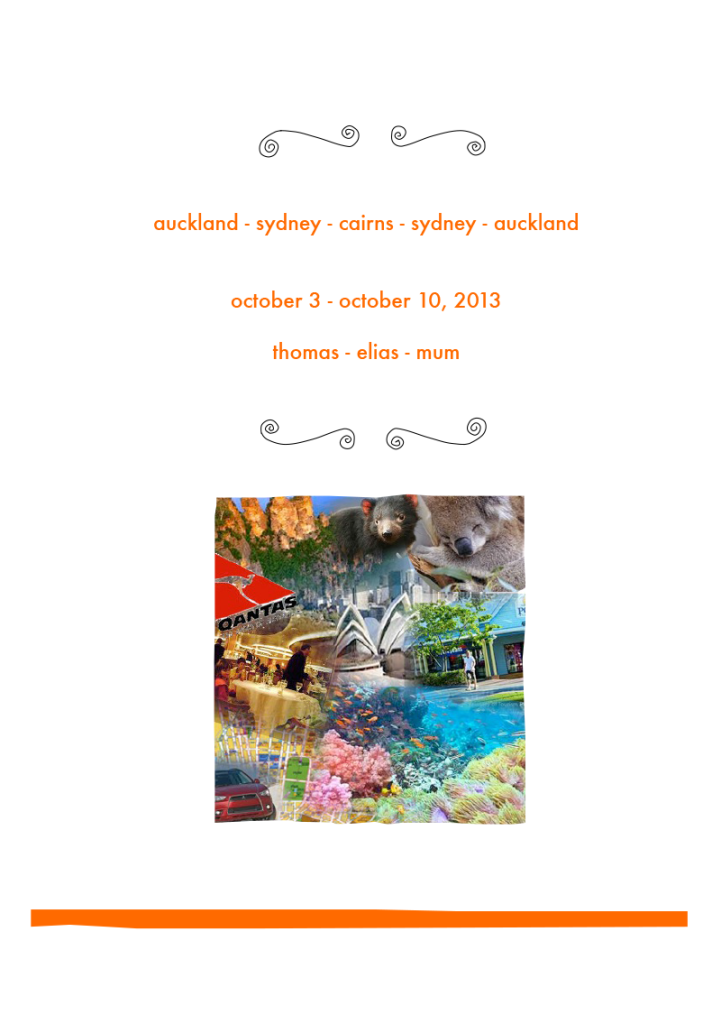 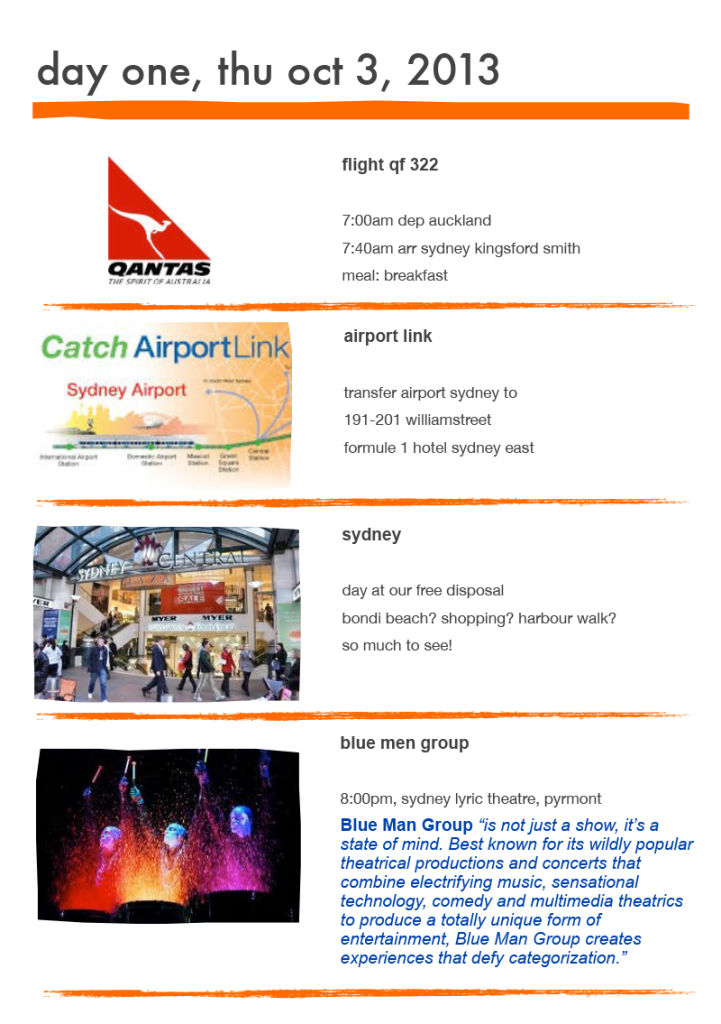 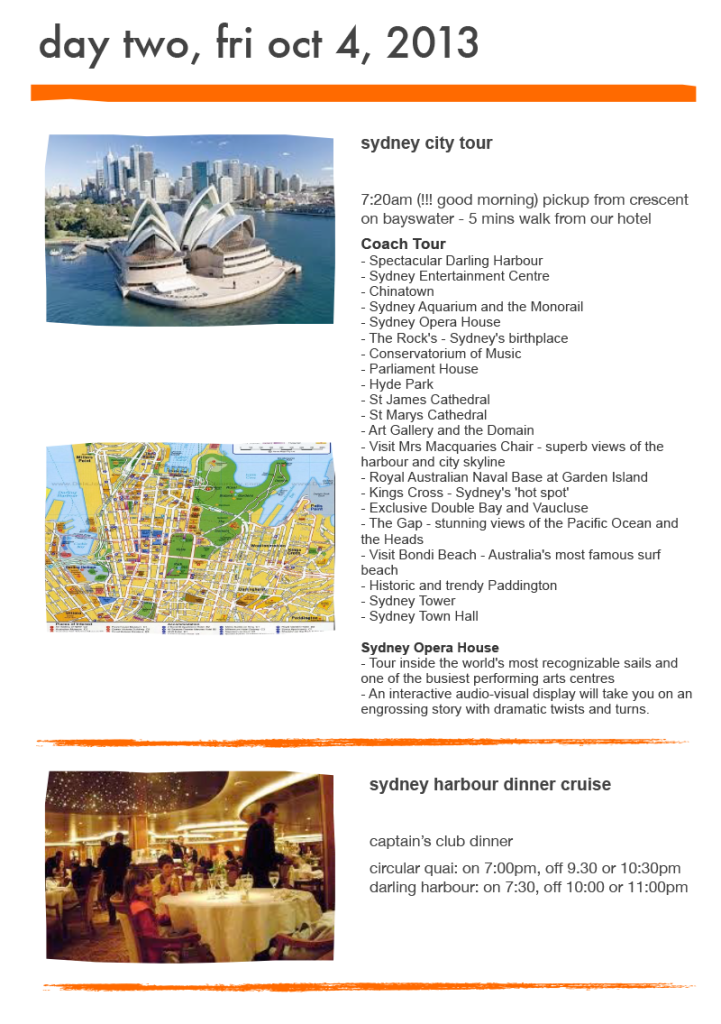 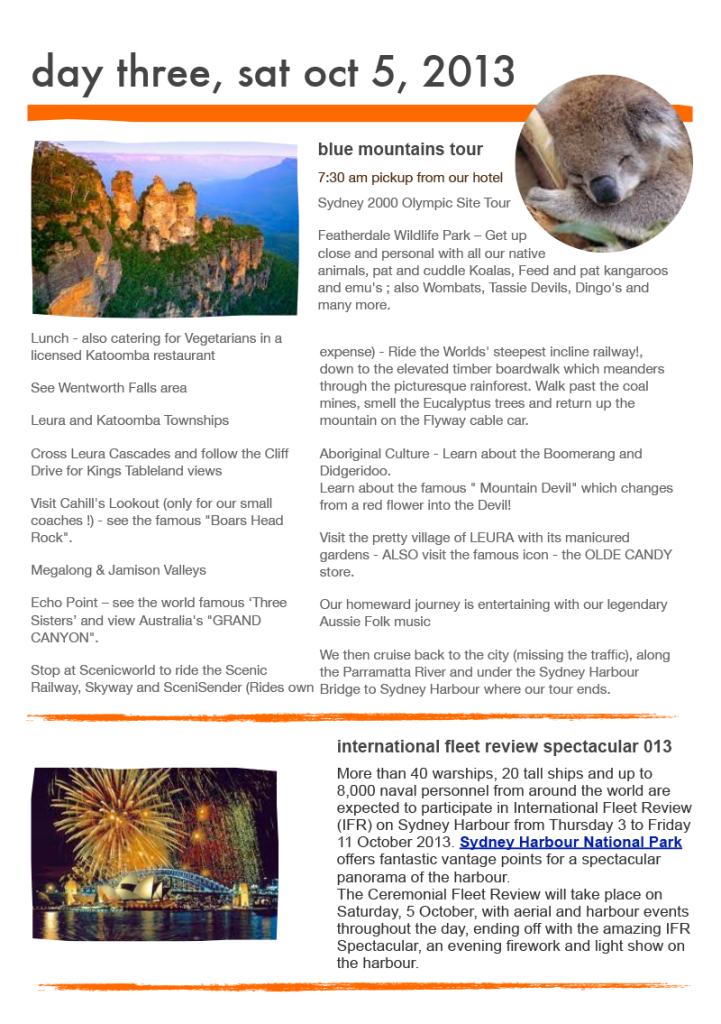 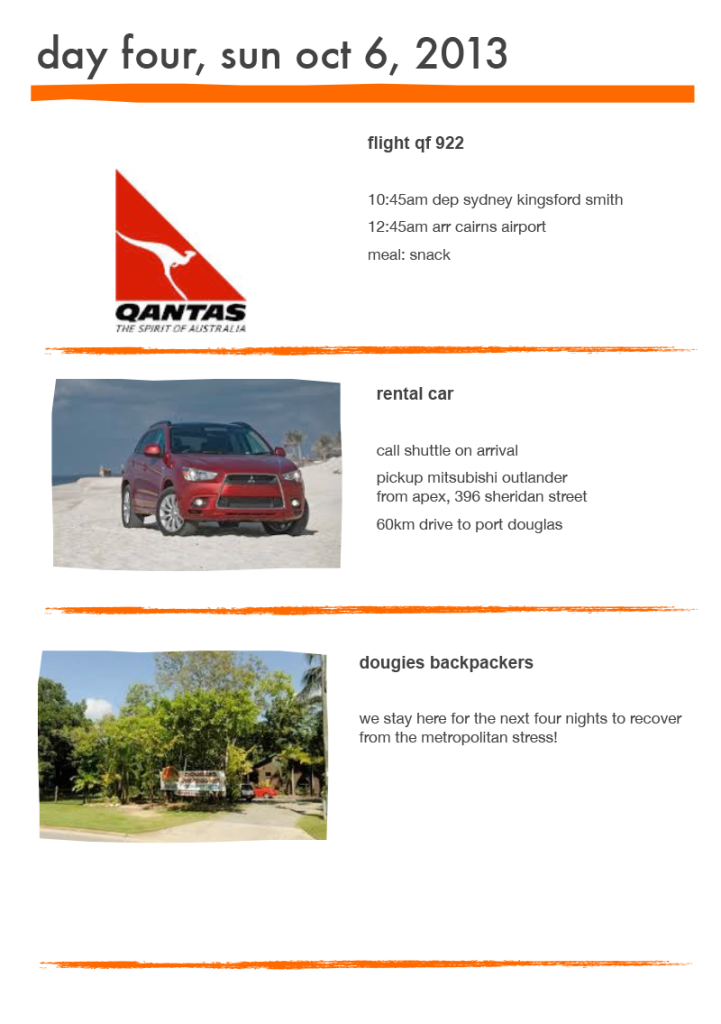 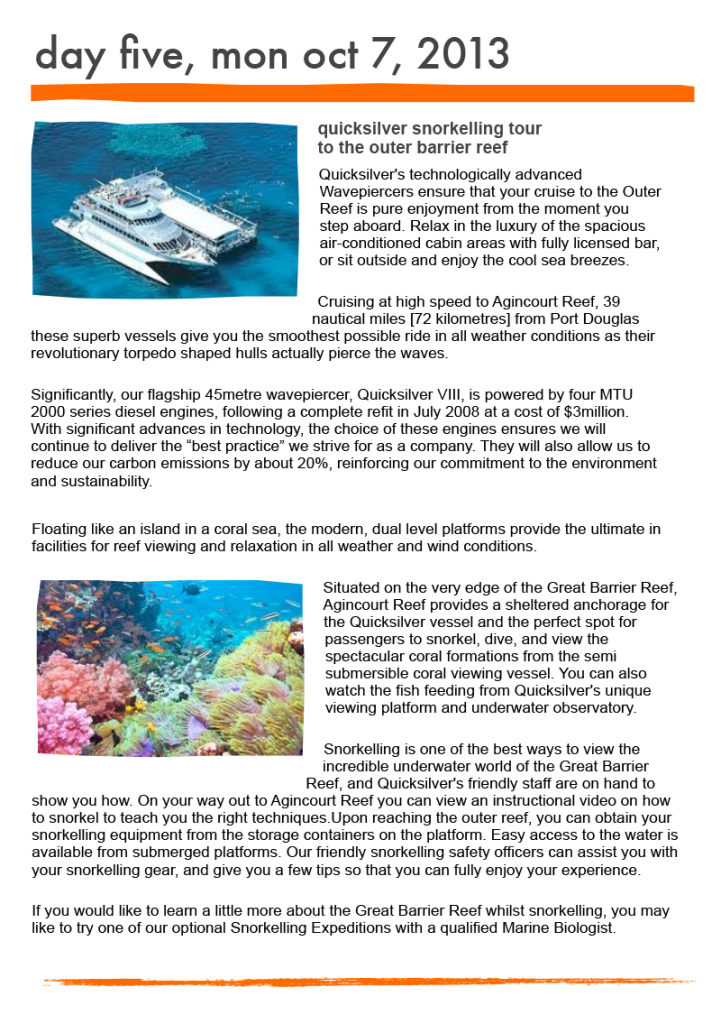 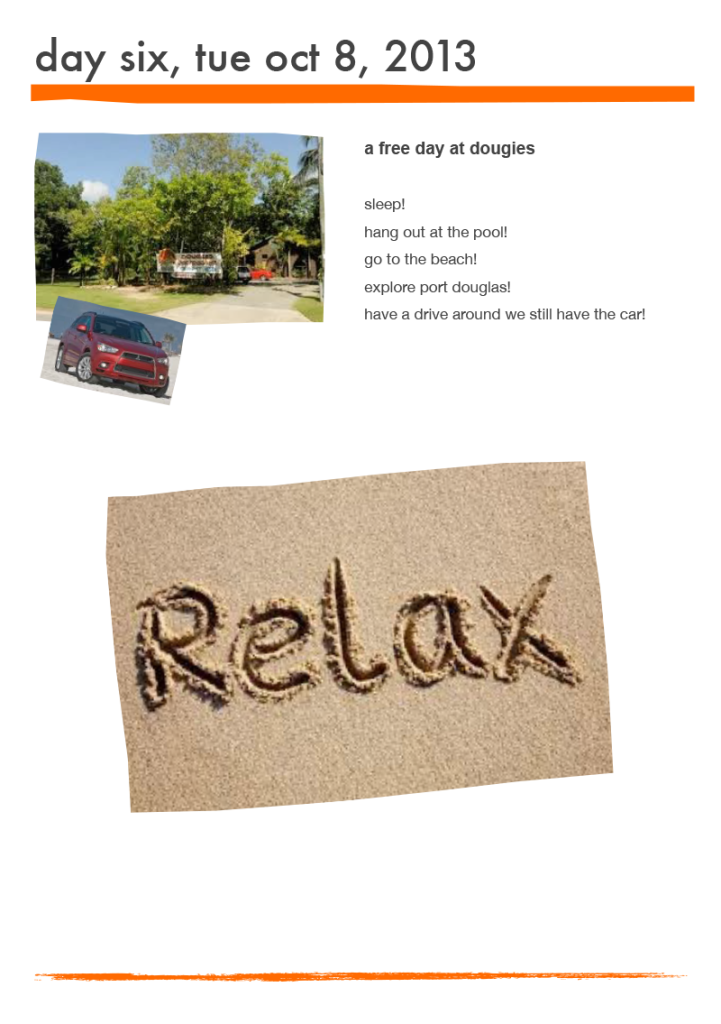 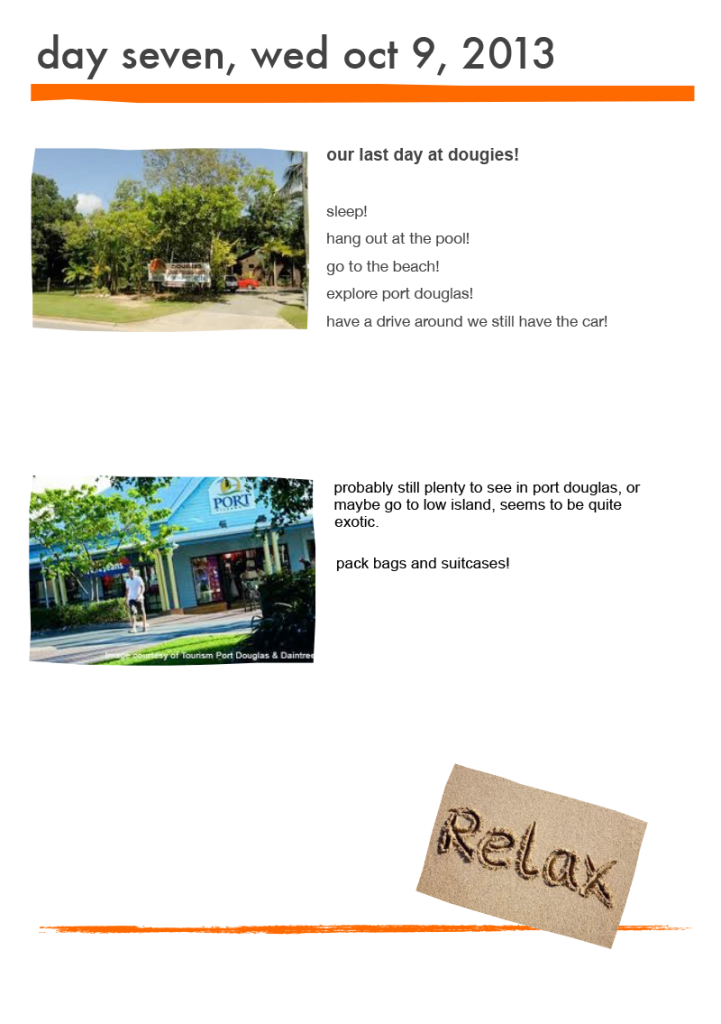 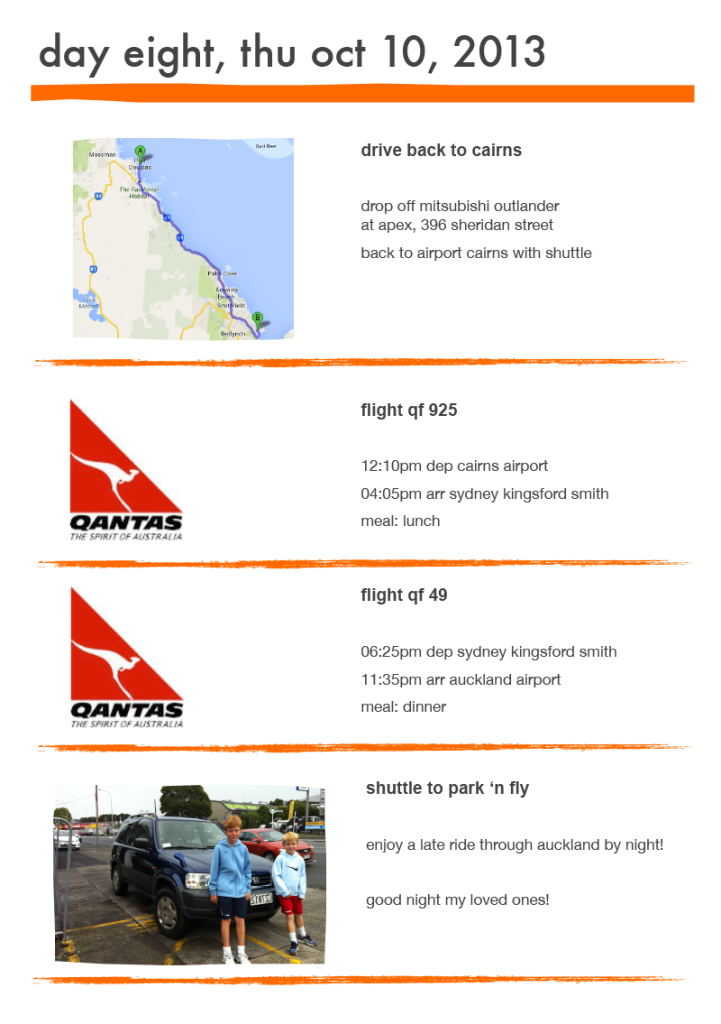 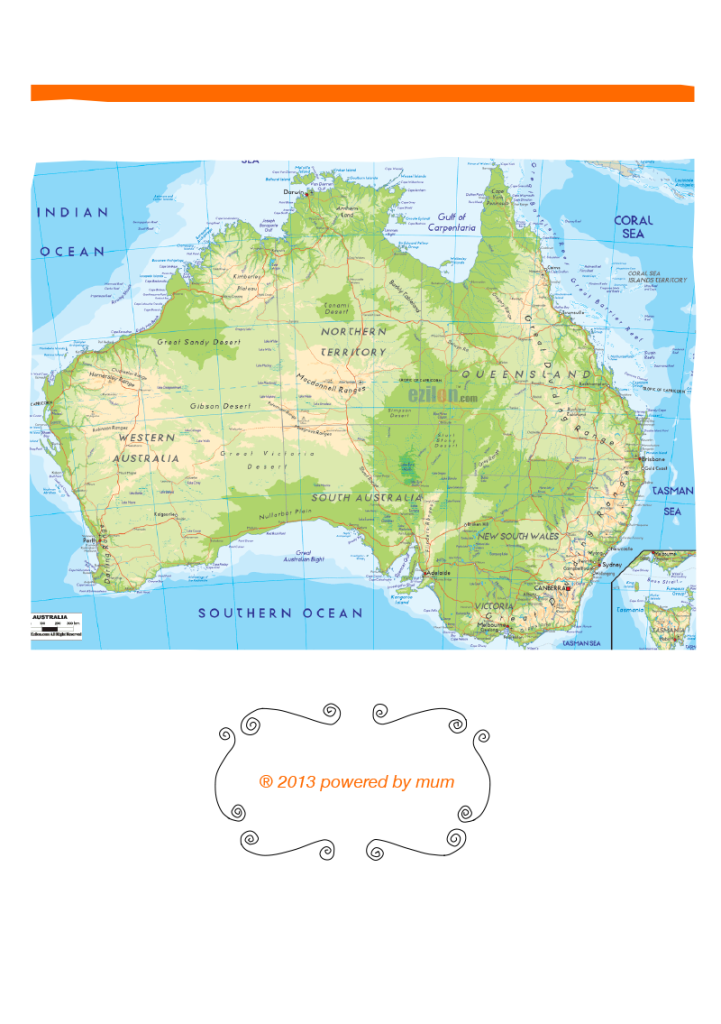